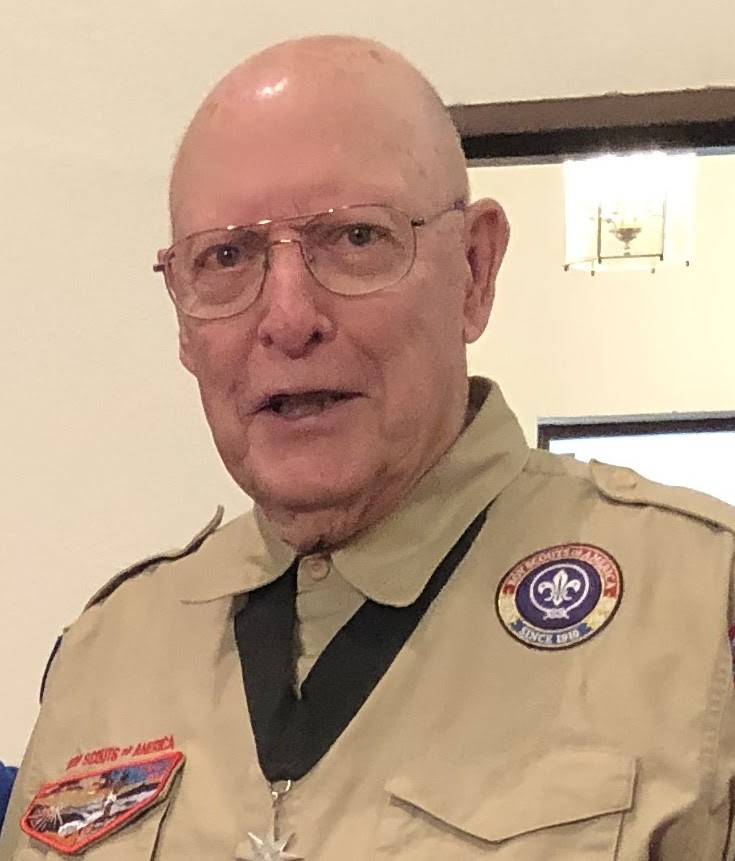 Glenn was born in Asheville, NC on January 13, 1931 to Mabel and John May. He attended Asheville City Schools and graduated from Lee Edwards High School in 1948. Glenn received his BA and MBA degrees from UNC Chapel Hill. He then served two years in the US Army.

He married Carolyn Irene Haden January 22, 1956. In addition to his wife, he is survived by three children, Lynn May Wilson, Anne May Cogburn (Steve), and Robert Howard May (Suzanne). He leaves five grandchildren, who were the joy of his life: Kathryn Anne Wilson, Rachel Lynn Wilson Frye (Aaron), John Michael Cagle (Leanna), Carolyn Anne Cagle and Carolina Grace May.

He worked in accounting for American Enka Corporation and then Kinco Corporation, from which he retired in 1993.

Glenn was an active member of Trinity United Methodist Church and Boy Scout Troop 3. He received the North Star Award from the Boy Scouts in 2018. He received his 50 year pin with the Masons in 2003, and was a Master Mason with the West Asheville Lodge.

He worked with Aston Park Hospital during its years of change, the Enka Lake Club and the West Asheville History Group.

He was active in ham radio and enjoyed the many contacts and friends he made with that group.

After retirement, he and Carolyn spent ten happy years traveling in the Airstream trailer they owned. They traveled the US, Mexico, Canada and wherever they could take a trailer.

Glenn loved his family, his church, his friends, his dog, Boo, his horses, working at Daniel Boone Scout Camp, and corny jokes.

There could never have been a more beloved and faithful husband, father, grandfather and friend.